Showing posts from February, 2017
Show all

The Dark is Rising: The Complete Sequence 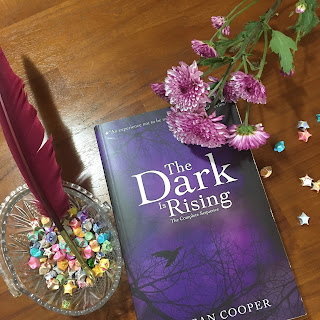 The Dark is Rising: The Complete Sequence By Susan Cooper   And after months and months and months…I finally finish this book!!!!!! (Crying + Screaming) It’s such a long journey!!!! I bought it like…last summer? And I finished it before the start of the second semester. (What are you doing, Vivian?) And I haven’t post for a long time… (What are you doing, again, in Winter Vacation?) Please, don’t ask. I don’t even want to know. But well…I know you do care about the book, right? (At least I hope so? Cause I haven’t read a child book for a long time.) There are basically five stories in this book: Over Sea, Under Stone; The Dark Is Rising; Greenwitch; The Grey King; Silver on the Tree. Is the book good? Not bad. But is it good enough to WOW me? Well…I’ve seen better. It’ll fit for anyone who likes children adventure, and the plots are great. So I gave them all three stars? Worth reading, but will not be on my fav list.   Oh! And please remember Merriman…he will be really
Post a Comment
Read more

February 09, 2017
For few seasons past, the princess still lay unconscious on the island, but there were different about her. To the prince astonishment, her body sometime grew transparent, sometime as light as the wind. And there would always be wind howling beside her.   The prince knew, there were some sort of power in side her, waiting to come out, so he wait patiently every day and every night. He knew the princess can battle on her own, cause she was the creator.   One day, when the prince sent the stars into the sky, the wind surrounded the island. It flew through the land, circled the prince and the princess, and flew around the land. The prince took all his strength to stay on the land, and to carry the princess as well. He knew, the time had come, and only when he protected the princess will she passed the test.   When the wind started to lessen, the ocean raised a water wall, created a boundary between the outside world and the couple. To give the princess energy, the pri
Post a Comment
Read more
More posts