Showing posts from December, 2016
Show all

Top 12 Books of 2016   Why 12 books? Because this list is only to list down my favorite read of the month!!! It might be the latest release, it might be a book long long time ago, it might…never exist at all. (Wait? What?!) Of course I’m just kidding…but, this bookish post is inspired by @biblionatic . One of her gorgeous Bookstagram post…so…at the end of 2016, let’s get start!!! January   Honestly…it had been so long…which book did I read exactly in January? I can’t believe I’m still having my college entrance exam!!! But of course, I still read…a lot…and that’s probably the reason why I am now in Foreign Language and Literature department. Let me check on my blog post…Oh. My. God. I’m so active back then!!!! WHAT ARE YOU DOING NOW?????
Post a Comment
Read more

December 30, 2016
Although the princess and the prince beheld the greatest power of fire and water, they seldom used it. They knew that all power came with a price.   Once, the couple flew through the air, and breathed in the soothing air of the night. It was one of their beloved memories among all, cause the funny thing was, even the prince was so noble and powerful on land, he couldn’t control the trick of flying. It was always a joke between him and the princess when they needed to fly up in the sky. Yet, they both enjoyed the air brushing through them, greeting them, and whisper the secrets of the world.   They flew beside the birds and all those magical flying creatures. It was only once in a while, when they wanted to visit the sun and the moon during the time they lit up in the sky will the prince and the princess flew through the endless sky. In their usual lives, they were always exhausted after a long day of travel, sometime, after the battle with evil creatures. Since the prince
Post a Comment
Read more

Fantastic Beasts and Where to Find Them 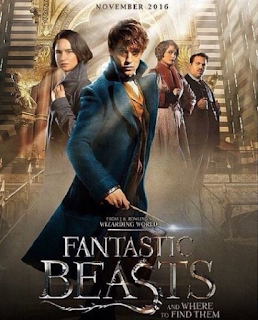 Fantastic Beasts and Where to Find Them By J. K. Rowling The year is 1926 in the city of New York…   When Magizoologist Newt Scamander arrives in New York, he intends his stay to be just a brief stopover. However, when his magical case is misplaced and some of Newt's fantastic beasts escape, it spells trouble for everyone…   The most Most MOst MOSt MOST EXCITED MOVIE IN 2016???? DEFINITELY FANTASTIC BEASTS AND WHERE TO FIND THEM!!!!! AND WHY DID I WAIT SO LONG TO TYPE THE REVIEW???? WHAT ARE YOU ACTUALLY DOING VIVIAN????? Well…I’ll explain that, later. Now, start with the movie. guys, I love it, I totally love it. It’s my second life. I’ve never feel so amazing by a movie…and after watching it, (don’t hit me for this) But to me, right now, Fantastic Beasts and Where to Find Them is even better than Harry Potter series!!!! See? My all-time favorite actor, my all-time favorite series’ author, my all-time favorite setting…BANG!!!! IT’S JUST TOO GOOD TO BE TRUE!!!!
Post a Comment
Read more 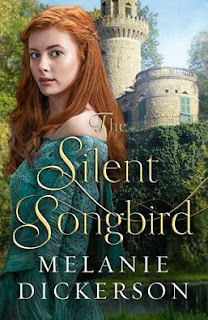 The Silent Songbird By Melanie Dickerson   So…I shouldn’t have waited so long to write the review and I shouldn’t have posted nothing for so long, and I shouldn’t have been such a horrible blogger, and I shouldn’t have been so lazy these days… Yeah, I’m done with that. Now…The Silent Songbird. As you might know from the past, I’m a extreme fan of Melanie. I love mostly her every book, EVERY. SINGLE. BOOK. Yes, I love that much, and her fairy tales retelling is one of the only romance I read. Probably the only one I read. So, of course The Silent Songbird is one the must-read list of 2016. Now…how do I say this? It’s not bad…but yes, when you heard me say this…you could have probably guess that I didn’t enjoy as much as I used to be. I love the Hagenheim series, especially Lord le Wyse…but…his son disappointed me a bit. But it turned out well, I guess you’ll just need to read till the end to love it.     Evangeline longs to be free, to live in the world outside the ca
Post a Comment
Read more

December 11, 2016
In addition to the land, the princess and the prince also explored under the sea. They traveled below to the furthest ocean, to the deepest part of the ocean.   They went to a place where no sun could shine, no moon could arrive, and no stars could light. The ocean was filled with darkness and coldness, and only the strongest creatures could survive. To bring hope, the prince left some stars so the creatures wouldn’t get lost all the time. Those stars were considered as priceless gifts and lanterns, the lanterns that always guided their path.   In return, the creatures gave something to them. For the first time in their life, they felt hope, which was bestrewed by the stars.   In return, those creatures swam toward the end of the ocean, where only magical creatures knew, and found something so special that the couple gasped at the sight of it.   A stone as cold as the northern ice. A stone as blue as the Mediterranean Sea. Even the princess and the prince once s
Post a Comment
Read more 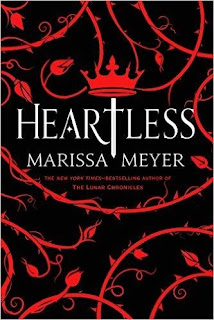 Heartless By Marissa Meyer   Even the blackest heart once beat red.   You know what? I fell nothing by now…empty, heartless, empty, heartless…without feeling… I’m now a body without soul…  I’ve long hear lots of lots of rumors about this vicious book…but I never expect it to be like this. Queen of Heart? Although I never cared about her nor fond of her…now…I don’t know any more. As you can read from my previous post, Fairest , I thought I’ll feel some sympathy toward the evil queen…but in fact, I only understand why she done all those terrible things. But Heartless? I’ve no words for it. It’s now winter, and a bit cold in Taiwan as well…but when I’m reading this book? I feel chilling. A sudden chill rise in my body and I can’t stop shaking. (By the way…I’m in my dorm room…which is supposed to be warm) And as you might question what’s my expression now?    I feel plain, empty, heartless. (Oh!!!! And thank you Marissa Meyer, you just give me the most brilliant f
Post a Comment
Read more
More posts